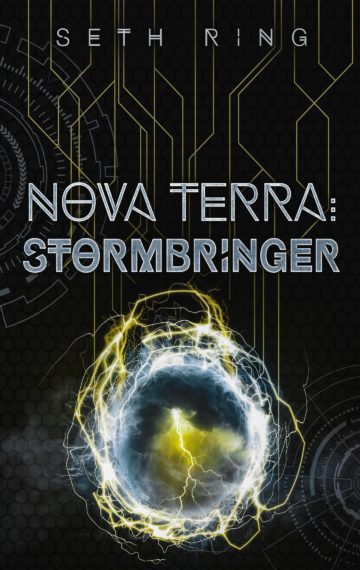 $5.99Buy NowRead A SampleSee The ReviewsSee The Full SeriesBuy The Audiobook

One war has drawn to a close, but another has just begun.

It was supposed to be an easy victory lap in the capital city, but life around Thorn is never that simple. New responsibilities, underhanded nobles, a shadowy cult, and a struggle for the throne of Northern Angoril all promise to make life exciting, if he can survive.

Thorn falls deeper into the political struggles of the Empire when the capital is rocked by a terrible murder and is forced to learn that not all problems can be solved with the heavy end of his tetsubo. New allies and new enemies emerge as Thorn races to stop a catastrophe that will shake the entire world of Nova Terra.

Nova Terra: Stormbringer is the seventh book in the Titan Series, a GameLit/LitRPG series. If you like immersive storytelling, rich fantasy, and epic adventures with a slice of friendship thrown in, you’ll love the latest book in Seth Ring’s page-turning series.

Pick up Nova Terra: Stormbringer today and escape to the grand world of epic adventure. Nova Terra, your dreams, your world.